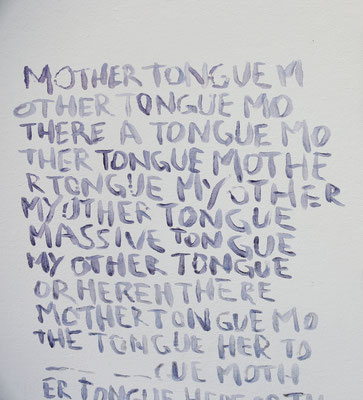 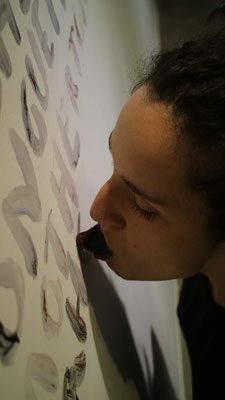 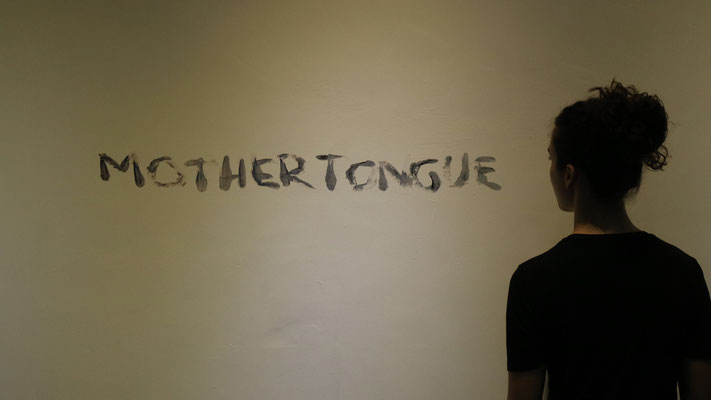 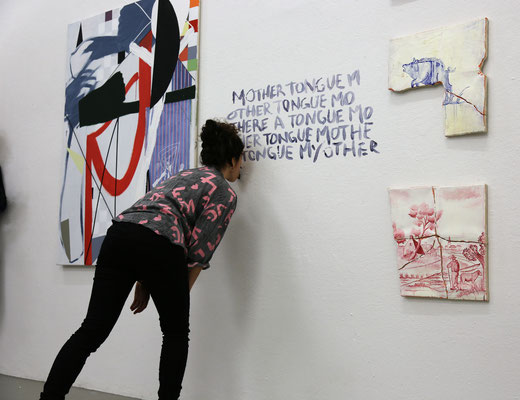 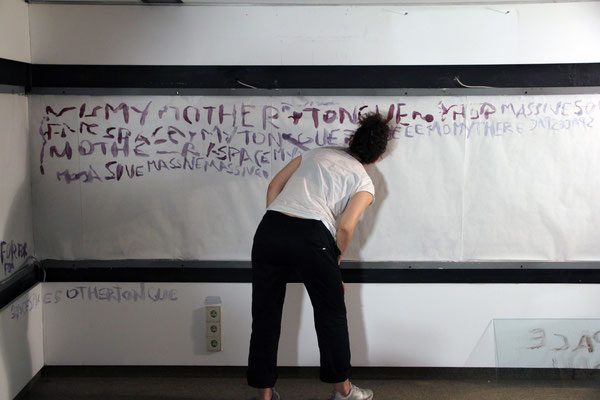 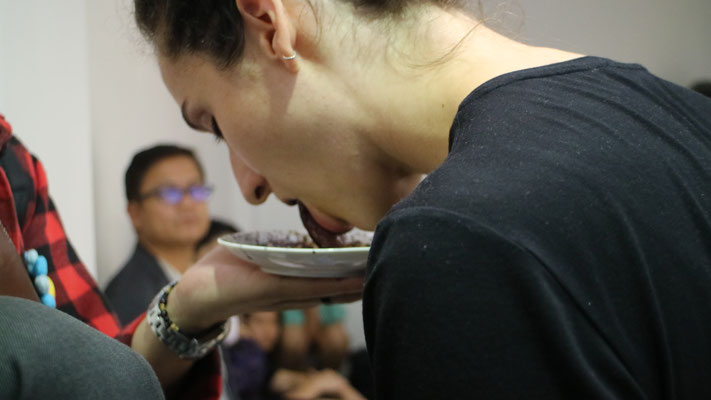 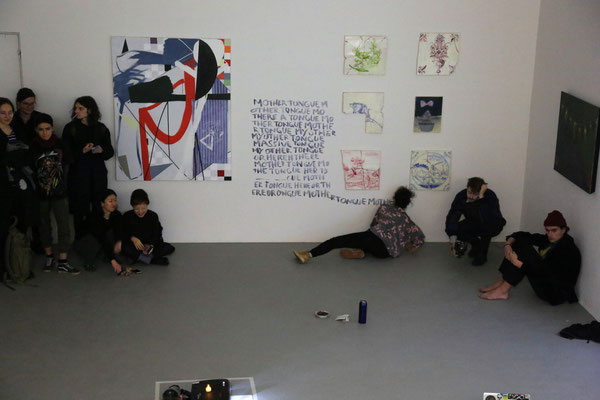 "For two hours I am writing the words MOTHER TONGUE onto a wall with my tongue.

Eventually variations of these words (MY OTHER TONGUE, HER TONGUE, HERE OR THERE, MY MASSIVE TONGUE,...) will come up and sometimes the clear letters drift off to unknown letters or strange signs. The audience becomes part of the performing body by holding glass plates, on which tongue written words are being placed into the room.

Meanwhile on the wall a tongue written graffiti is being created (or an absurd document), which stays permanently or untill the wall is being removed."

Mother Tongue connects thoughts on language and identity, not only throug spoken or written language, but through the body's own organ for speech (the tongue). Mother Tongue describes a state of ambivalence between sign and meaning, between movement and writing, process and decision as well as the self and the other.

Being raised bilingually and within two cultures herself, Sara Lanner draws upon a biographical personal experience that touches also a current political and social discussion.